On September 1, the CCTV Comprehensive Channel aired the “First Class to the First School”, and the three Chinese astronauts took a vivid space course to children across the country at the Chinese Space Station. It is worth mentioning that in the “three -bedroom and one -living room” of astronauts, astronauts focused on their diet in space, and for the first time, they disclosed the important aerospace equipment of aerospace microwave oven.

Why can I “climb the sky” in ten years?

How is Galanz’s “chef” that is successful and adaptable to the universe, and provides delicious dishes for astronauts?

It is understood that the Galanz Aerospace microwave furnace project was established in 2011. After accepting the R & D mission, Grands started the research and development of special magnetic control pipes for the first time. As the core component of the microwave oven, the magnetic control tube faces a very different use environment in space. Galanz integrates innovation through components, so that the space microwave oven can achieve super -level energy efficiency. While saving the valuable energy of the space station, three places can be completed in 7 minutes. A staple food for astronauts.

However, the successful delivery of the microwave oven is not only there, so that the microwave oven can withstand overload and high -frequency shocks during the rocket launch. After working for ten years after entering space, it is necessary to redesign its structure and core components. And R & D, at the same time, there are strict size, weight and power consumption restrictions in process design.

In order to reduce the volume of the microwave oven and meet the reliability requirements of space operations, Granshi R & D staff continuously optimized the product structure, strengthened the mechanical strength of the product itself, and creatively adopted innovative processes such as fasteners and integrated molding. At the same time, Galanz also specially made inverter microwave power instead of traditional high -voltage transformers, greatly reducing product weight.

People in the industry generally believe that the Galanz microwave furnace can board the China Space Station and become a member of the space kitchen, relying on strength to speak. So why can only Galanter develop a space microwave oven? 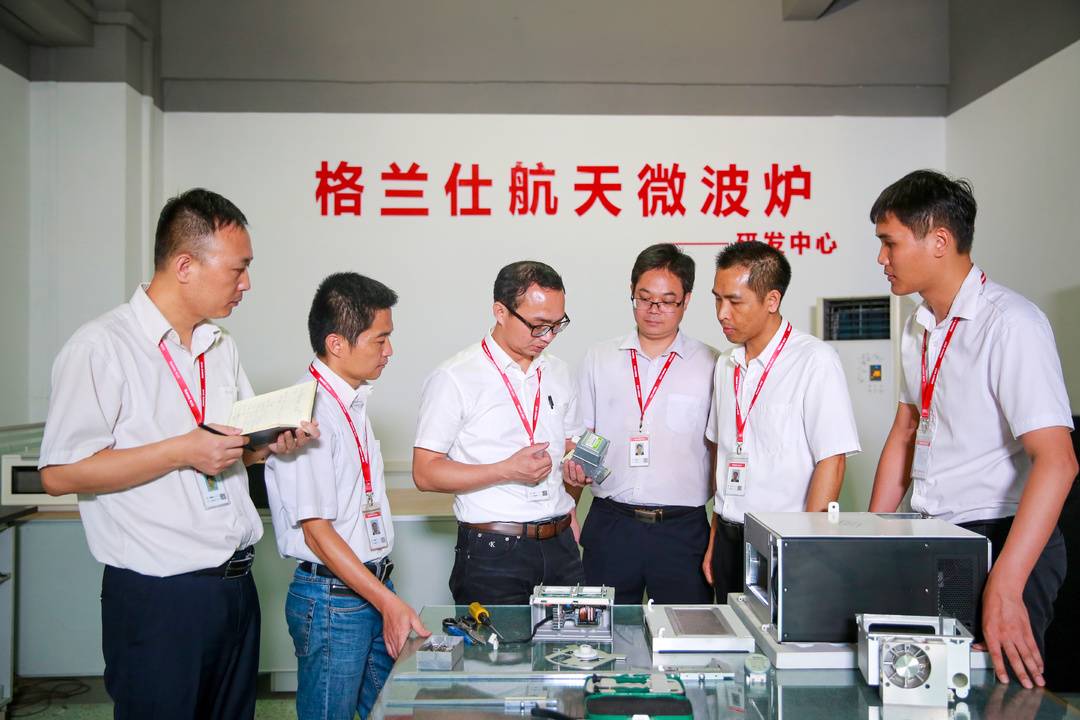 Because the biggest problem of innovative aerospace microwave oven is the recycling of the work efficiency and structure of magnetic control, and this is the core technology of Grandons. More than 20 years ago, when the Galanz microwave oven achieved the number one in the world, in the face of the “card neck” of foreign brands in the magnetic control tube of the heart component of the microwave oven, Grandos painfully developed the determination to develop a magnetic control tube for “smashing the pot”. Essence Subsequently, Galanz jointly focused on a group of domestic experts and partners, and finally successfully completed the independent research and development and production of magnetic control tube, realized the independent and controllable industry chain, and established the leading white home appliance brand of Grandos.

After breaking the core technology of the magnetic control tube, Galanz started the self -dominated and user needs as the centered on user needs, and a leading innovative technology in the industry was born in Galanz.

Today’s Galanz not only masters the core technology of microwave ovens, but also has the absolute leading the entire industrial chain and core self -supporting capabilities of the microwave oven, from the entire machine to the core components such as magnetic control tube and transformers. On the basis of self -core supporting advantages, the development and iteration of steaming boxes and oven core technologies continuously will further consolidate the status of the first brand of steaming roasting.

The advent of the Galanz space microwave oven has greatly interested people in space appliances. As the national brand, Galanz is based on the latest scientific and technological achievements such as aerospace microwave ovens, and recently launched the concept of “universe kitchen”, and released the new DR air frying microwave oven products “Food Sumi Class”, which allows space black technology to enter the national kitchen. Essence

It is reported that the Galania universe kitchen aims to popularize the technology of aerospace microwave ovens to the general lives of the general public. The kitchen is equipped with program settings, data -based, proceduralization of various gourmet cooking methods, and implantation of kitchen appliances such as microwave ovens. Users only need fingertips to fingertips. Operation can achieve one -click automatic cooking, which truly meets everyone’s imagination of smart kitchen in the new era.

Not only that, a machine in the Galanz universe kitchen can solve three meals cooking. “Food is the future cabin” -DR air frying microwave oven is the first microwave oven to achieve air frying in the market. On the basis of the inverter microwave function, innovation has increased. The functions of air fried and stereo baking can not only be heated in microwaves, but also barbecue, baking, baking fried, etc., can cook hundreds of foods. It is a real food treasure chest that can meet the diversified cooking needs of various people.

Moving the kitchen scenes in space to the future kitchen is undoubtedly Grannz’s imagination and conception of our future home life. The “universe kitchen” created by Grand Steel is a disruptive innovation and breakthrough in traditional kitchen. It advocates a healthy and environmentally friendly lifestyle that upgrades traditional cooking into unknown fire and oil -free cooking. This Smoke -free, efficient, intelligent, and omnipotent cooking methods are the common expectations and desires of users

In the past 43 years of entrepreneurship, Galanz has continuously accumulated the strength of “flying” in the field of home appliances, with the “heritage” of world championships, coupled with the “height” of the stable work of the Chinese space station. , It has been used to prove the value of innovation and has become the leader of the technology and products of the home appliance industry.